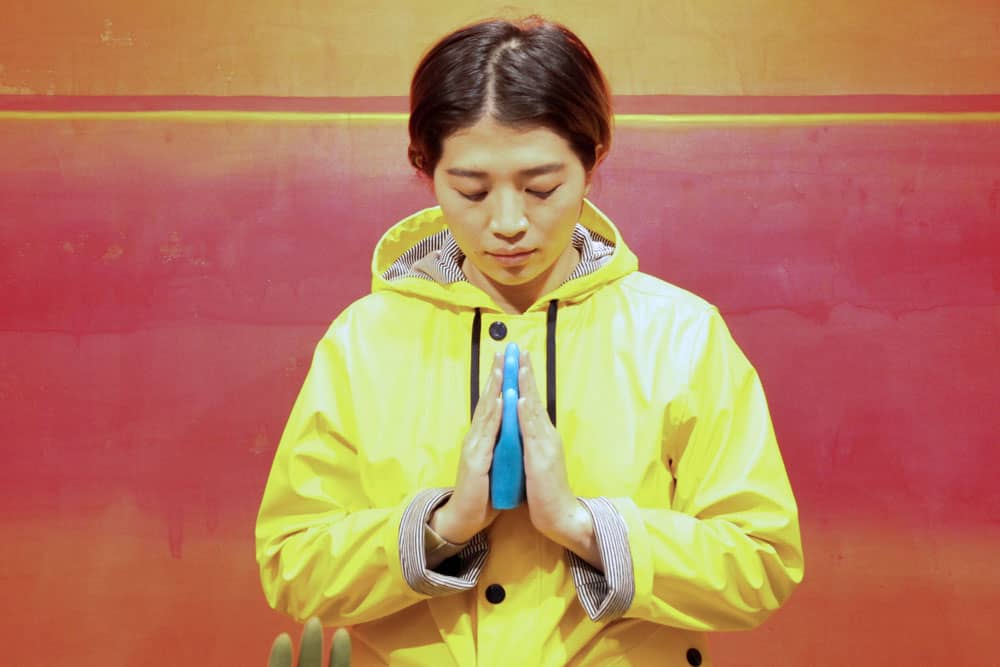 The virtual exhibition took place from August 19 to 26, 2020, selected by the 13th Photography Week, organized by the Municipal Secretary of Culture of Caxias do Sul and partners such as Sala de Fotografia, University of Caxias do Sul – UCS Cidade das Artes, NAV – Ponto de Cultura Núcleo Audiovisual, MusCap – Capuchin Museum of Rio Grande do Sul, Sesc de Caxias do Sul, Nino Bellini, Genuinaobra, Fluxo School of Photography and XamãFilms. On this occasion, the artist showed an unprecedented work on video, entitled “Lava Mãos” (washing hands), an allusion to the particular moment the world is going through due to Covid-19.

Cristie Boff’s research started from abstract and gestural pictorial experiences that in her processes engendered issues related to intuition, expansion and existence, the latter being elevated by way of her last exhibition at the Centro Histórico Cultural Santa Casa, in Porto Alegre.

Such elements provided her with the motivation to go beyond the limits of the canvas, seeking, through spatial distribution and the possibilities of manipulating the pieces, contacting with the infinite. The observation and purging of certain potentials of previous works, lead to new initiatives that are types of generational unfolding. A lightness permeates the entire language and this can be seen in the theme, composition, color palette, and mainly, in the choice of its process and in the atmosphere of the results. The use of an ephemeral and malleable material such as soap (glycerine), from a prefabricated mould – the gloves – seems to symbolize detachment, even in relation to values traditionally associated with artistic creation.

Cristie chooses here to extract experience from matter. The artist traces a path that starts from immanence, but seeks to rise to transcendence through the participation of others. The public is an integral part of the work that unfolds with each new project, in order to incorporate the results of that participation. Records of art performances, interactions with objects in her studio in Italy and Brazil, were included in this new project in order to represent it, exhibited for the first time, forming sets, sequences and diptychs.

In the Existência (Existence) show, presented at the CHC, the provocation “Please touch” instigated the public to handle the exhibited pieces, in a metaphysical and phenomenological approach, questioning a world that was heading towards the loss of the notion of community and a numbing estrangement. Such a concern now seems even premonitory to us. The hands we wanted alive had to be kept apart and became a symbol of contagion and, why not say it, danger! The tensioning between life and death brought density to the symbolism involved in this research. Hands are ancestral attributes of the contact between humanity and the world, and are strengthened within the artist’s trajectory, being updated in this historic moment as emblems of resistance, union, affection, protection and healing.

For the 13th Week of Photography, images of performance records are presented, many of them unpublished, the video art, “A nós cabe o sopro”(Beblow), which is the title of  the exhibition, and a second video art, this one specially made for the exhibition, in which the artist performs the act of washing hands. These works reaffirm the emblems of protection, care and healing already mentioned and present in Cristie’s work.

"Cristie chooses here to extract experience from matter. The artist traces a path that starts from immanence, but seeks to rise to transcendence through the participation of others."